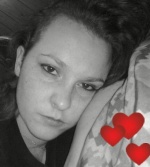 Posts : 18
Join date : 2012-10-24
Age : 35
Location : Northwest Georgia
Ruth Barrett is a Dianic high priestess, ritualist, educator, author, and award winning recording artist of original Goddess songs. Ruth's numerous recordings, beginning in 1980 with musical partner Cyntia Smith, have been among the pioneering musical works in the Goddess Spirituality Movement. Ruth contributed a chapter on The Power of Ritual which was published in Daughters of the Goddess (ed. Wendy Griffin, Alta Mira Pub, 2000), and a chapter titled Lesbian Rituals and Dianic Tradition in Lesbian Rites: Symbolic Acts and the Power of Community (ed. Ramona Faith Oswald, Harrington Park Press, an imprint of The Haworth Press, Inc. 2003). Excerpts from Ruth's book, Women's Rites, Women's Mysteries will be included in Creating Circles & Ceremonies: Rituals for All Seasons and Reasons by Oberon and Morning Glory Zell-Ravenheart (New Page, summer 2006). Ruth is a featured writer for the holy days sections in the We'Moon 2007 date book.