Info Of The Day, By Jennifer Costa (Shalee) 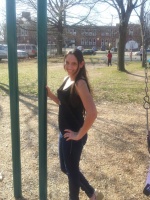 In the 1920s and 30s, the Egyptologist Dr Margaret Murray published several books detailing her theories that those persecuted as witches during the Early Modern period in Europe were not, as the persecutors had claimed, followers of Satanism, but adherents of a surviving pre-Christian pagan religion - the Witch-Cult. Despite now being discredited by further historical research, her theories were widely accepted and supported at the time. It was during the 1930s that the first evidence appears for the practice of a pagan Witchcraft religion (what would be recognisable now as Wicca) in England. It seems that several groups around the country, in such places as Norfolk, Cheshire and the New Forest had set themse
lves up as continuing in the tradition of Murray's Witch-Cult, albeit with influences coming from disparate sources such as ceremonial magic, folk magic, Free masonry, The osophy, Romanticism, Druidry, classical mythology and Asian religions.

The Witchcraft religion became more prominent beginning in1951, with the repeal of the Witchcraft Act of 1735, after which several figures, such as Charles Cardell, Cecil Williamson and most notably Gerald Gardner, began propagating their own versions of the Craft. Gardner claimed to have been initiated into the New Forest coven in 1939, before forming his own tradition, later termed Gardnerianism, which he spread through the formation of groups like the Bricket Wood coven. His tradition, aided by the help of his High Priestess Doreen Valiente and the publication of his books Witchcraft Today (1954) and The Meaning of Witchcraft (1959), soon became the dominantform in the country, and spread to other parts of the British Isles.

Wiccan Blog Site of the Day:
(I will be alternating between Wiccan Blogs, Pagan Blogs, Celtic Blogs and so on. If there is a specific type of practice you'd like to see a site about, please let me know via PM, thank you!!)

Meditation Technique of the Day:

-Focus your attention on your breathing.

-Breathe in deeply and then let your breath out. Count your breaths, and say the number of the breath as you let it out (this gives you something to do with your mind, helping you to avoid distraction).

Do this for ten or twenty minutes.

Focusing on breathing and counting breaths is just one way you can occupy your mind during meditation. Other approaches are:

Focusing on an object:

Here, you completely focus attention on examination of an object.

-Look at it in immense detail for the entire meditation.

-Examine the shape, color differences, texture, temperature and movement of the object.

Objects often used are flowers, candle flames or flowing designs, but you can use other objects equally effectively (for example alarm clocks, desk lamps or even coffee mugs!)

Focus on a sound:

Some people like to focus on sounds they make.

The classic example is the Sanskrit word “Om”, meaning “perfection”. Whether or not this is practical depends on your lifestyle.

This can be a very refreshing and pleasant way of meditating. Here, you create a mental image of a pleasant and relaxing place in your mind.

However you do it, it is important to keep your attention focused. If external thoughts or distractions wander into your mind, let them drift out.
_________________
Jennifer Milani Costa